The photo feature built for this film played off the zoetrope effect that was present as a theme throughout. Users were able to upload an image or use their camera to take one, at which point we composite your face onto the nun and intercut clips from the film, all in a shareable output for social media. 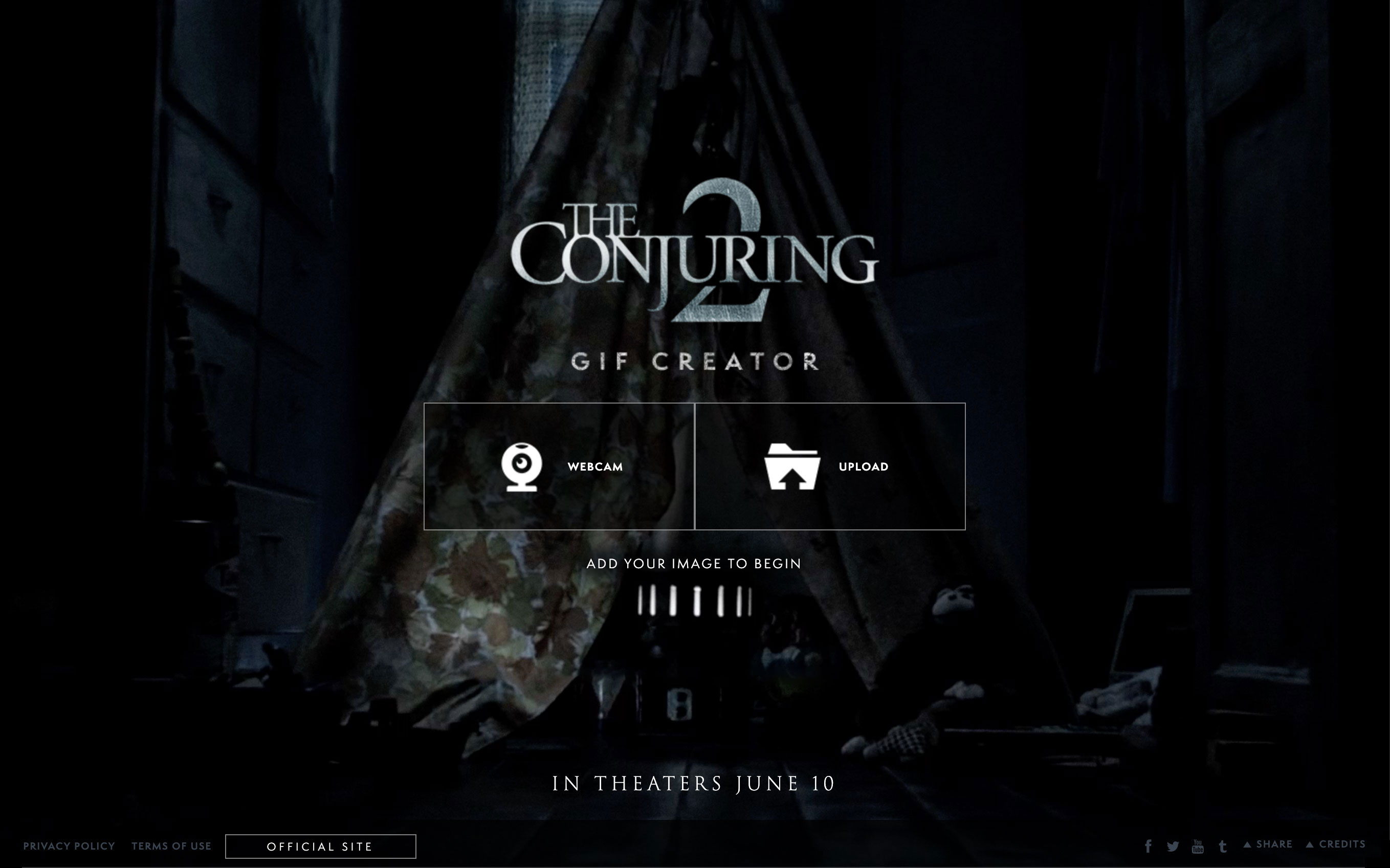 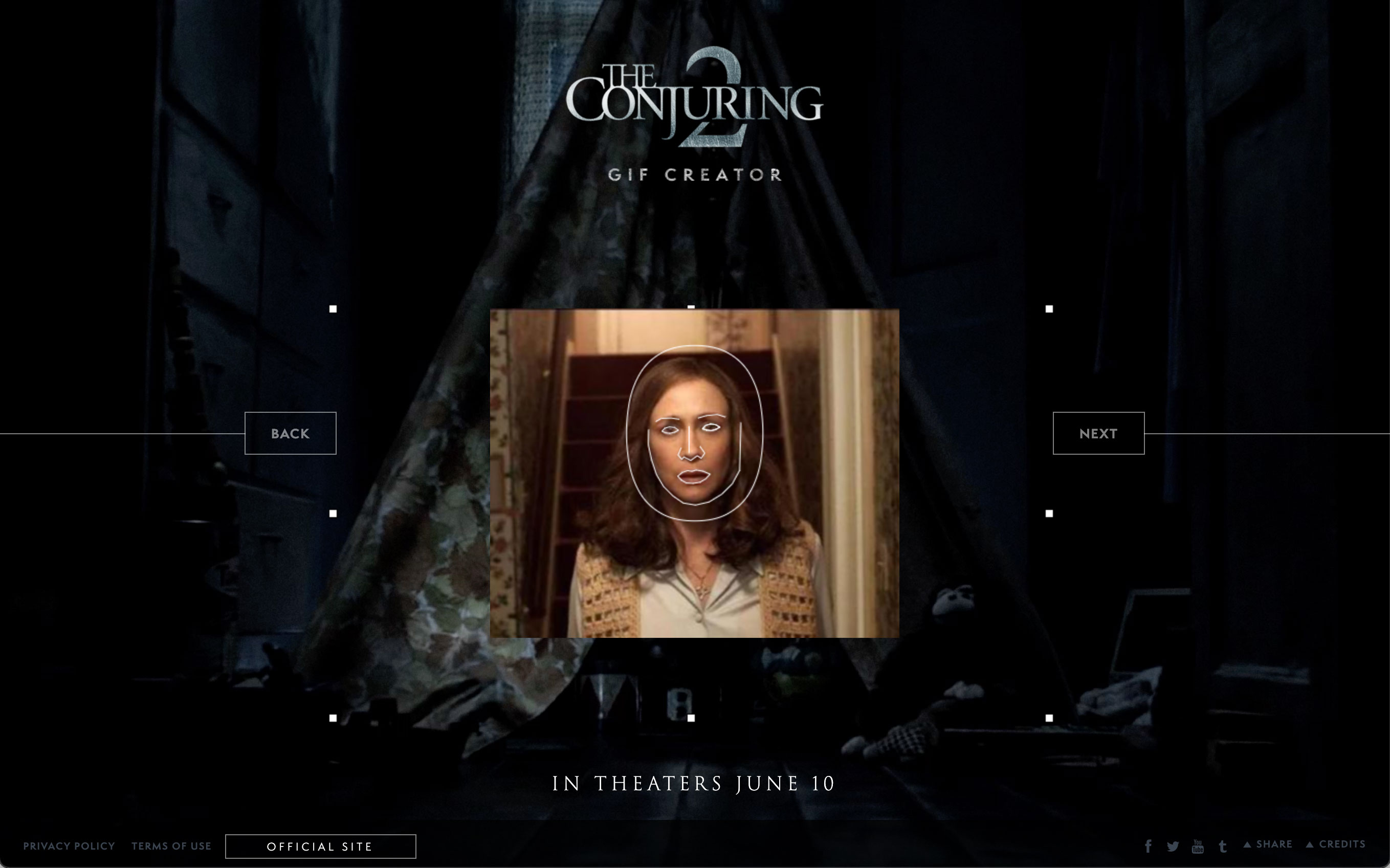 Ed and Lorraine Warren have conducted a number of interviews over the years. Some were recorded, and of those, even fewer have been released to the public. This web experience let users explore some of the audio related to the Conjuring cases, building the suspense ahead of the release of the film. 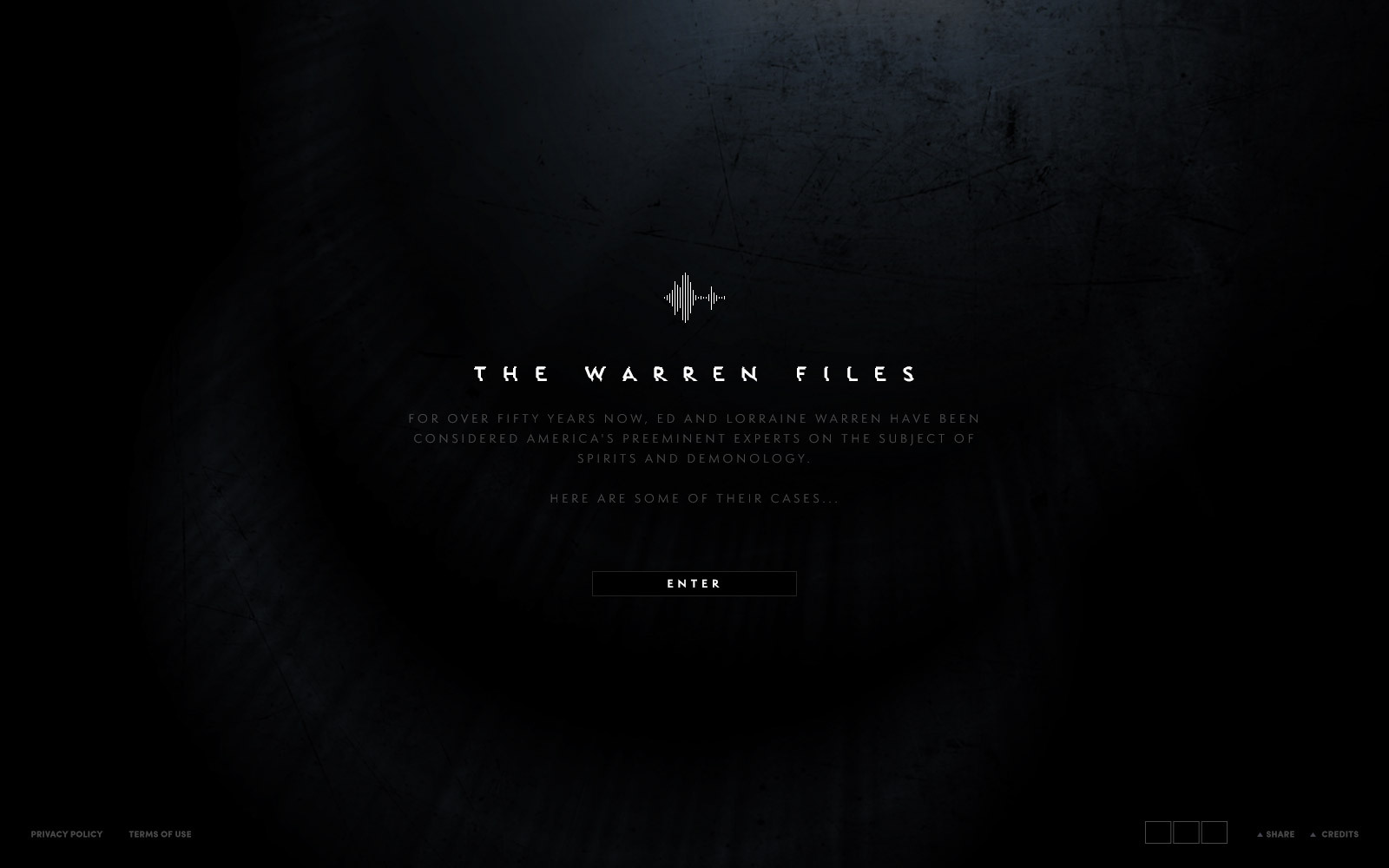 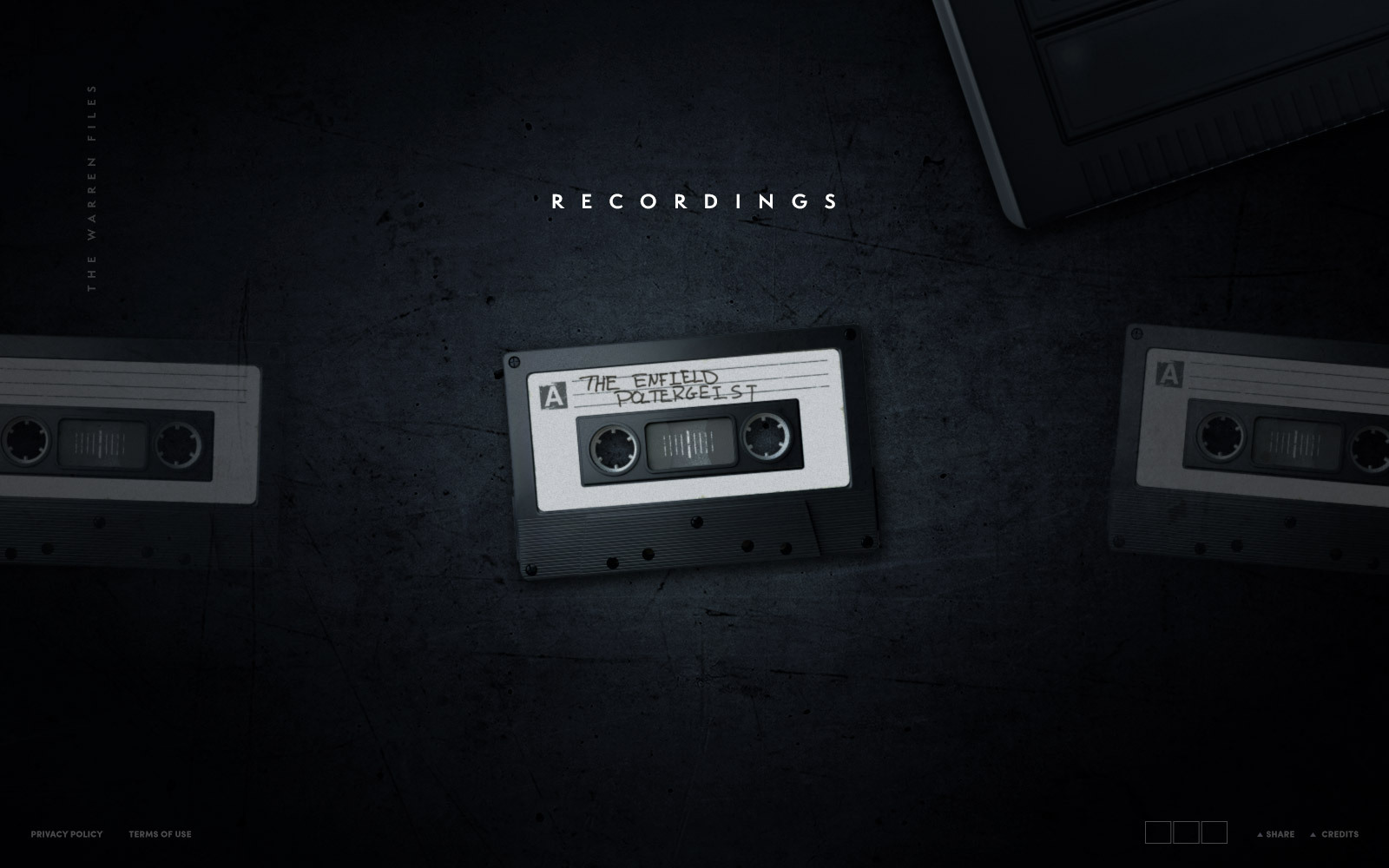 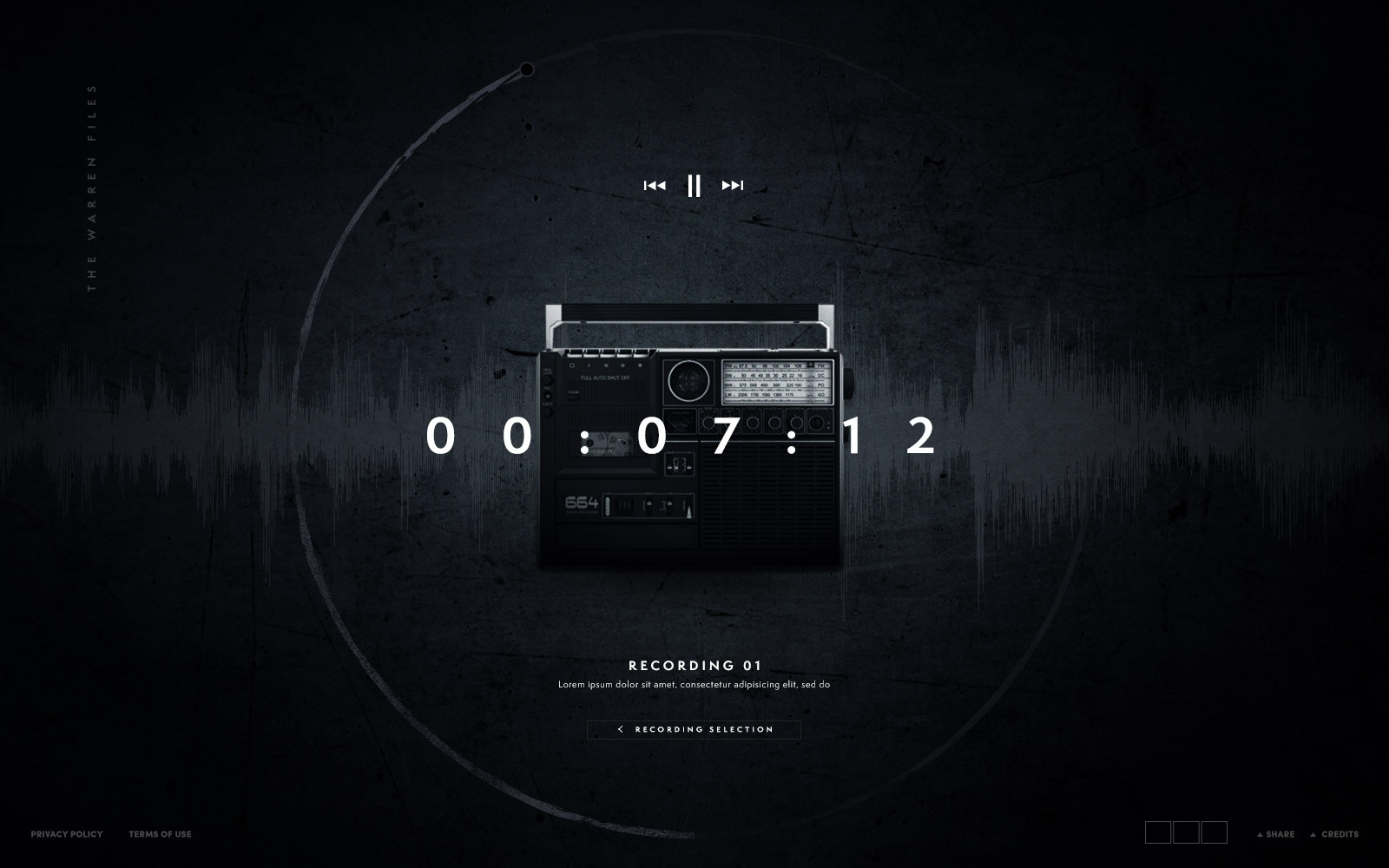