Where’s the Creature, part of Sony International’s digital campaign for Goosebumps, started with an admiration for the work of Rod Hunt. We knew there were tons of creatures that we wanted to introduce people to, and the idea came about to collaborate with Rod on a custom illustration that would be the foundation for a “Where’s Waldo” style game. Users click and drag to pan through a scene, distinguishing creatures from costumed people at a high school Halloween dance (perhaps the scariest part of the entire feature!), learning about the creatures in a fun and interactive manner. 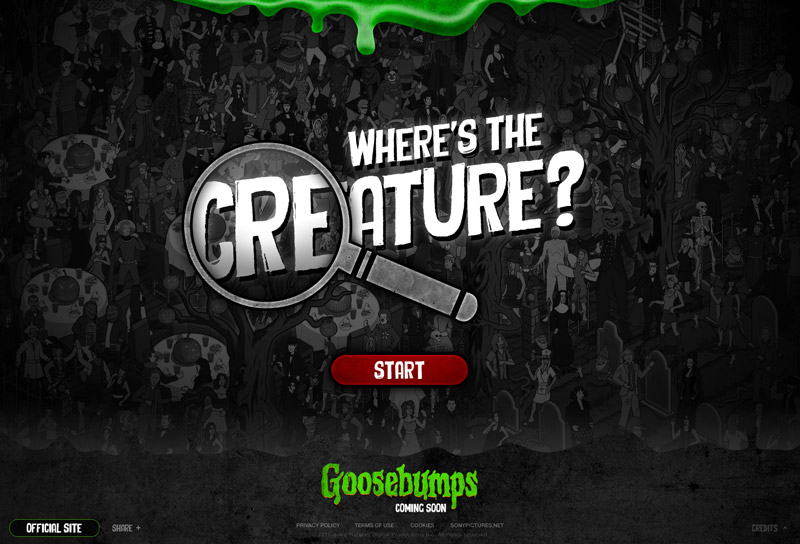 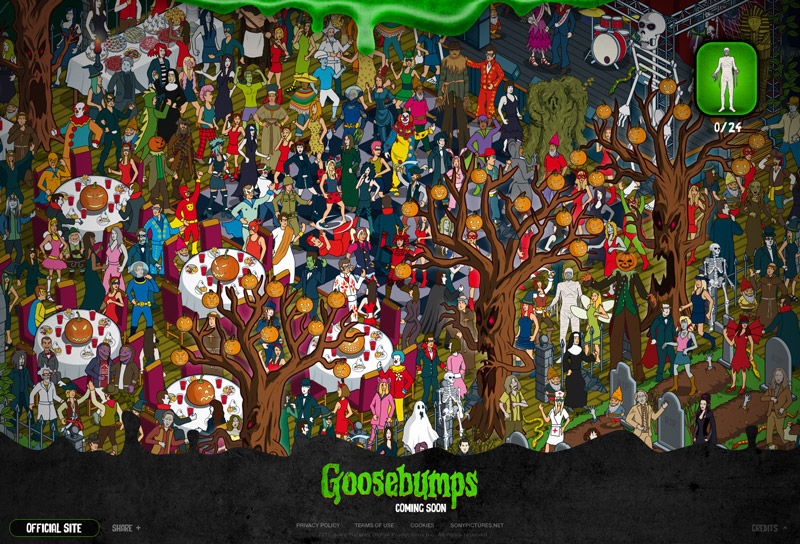 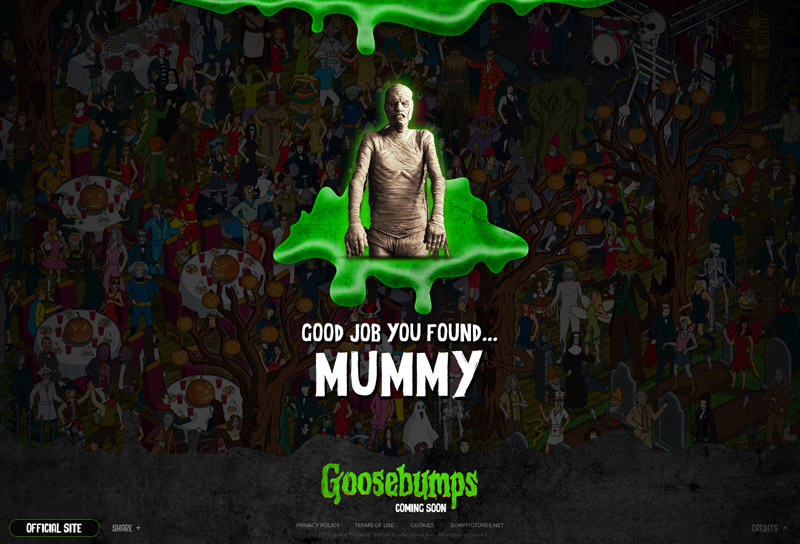